A special thanks to Paige Taylor, creative writer @ the University of Texas El Paso for writing this piece.

Twitter has announced this week that they will begin the process of releasing a brand new analytics tool that will be geared to help webmasters and business owners properly assess the traffic that is drawn in from the major social media platform.

Twitter has recently bypassed the 100 million mark in users, as one of the top 4 social media outlets in the world.

Up until this week when the announcement was made, webmasters generally had a tough time tracking data and optimizing analytics in relation to social media platforms such as twitter.

In many cases, webmasters were previously turning to outside vendors for any analytics relating to social media and in many cases the results coming in were inaccurate. One big problem that social media analytics have faced is the development speed.

Social media platforms have been evolving at a record pace and analytics tools have mostly been unable to keep up.

The new tool from Twitter will have a primary focus of helping business owners, marketing teams, and webmasters to get a proper analysis of how much traffic is coming in through Twitter. The announcement comes just months after the social media giant took control of BackType.

This company had previously developed a tool that was aimed to help companies understand the influence of their twitter accounts.

Along with giving business owners and webmasters a full scope and analysis on their incoming traffic, the new tool will also allow businesses to see how much content is shared. Also, organizations will be able to analyze the amount of traffic relating to the twitter buttons on their websites.

According to Christopher Golda, a representative from Twitter, the tool will roll out this week to a small group of partners. Within the next couple weeks, the tool will then be on a wide release to all website owners. Twitter representatives also claim that they remained committed to getting out an analytics tool for developers looking to implement social media analytics into their products.

Social media analytics have continued to grow in 2011. The movement to take on these tools has been one of the major trends/tools in analytics this year along with PageLever, Kyoo, as well as trends such as anomaly detection, tag management and online behavioral analysis to name a few.

Expect social media analytics to stay up at the top of the list when it comes to the most popular tools and trends in analytics. More money is being invested in social media than ever and with more money being put in, business owners will be intent on finding the easiest way to optimize data and get accurate results from their efforts. 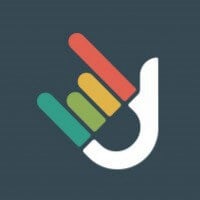 This article was written by one of our amazing guest authors. We’re always looking for talented contributors to share their expertise with our audience!