Google Analytics Direct Traffic Explained: Not as Direct As it Seems

If you’re a Google Analytics user, you’ll have noticed that one of the top traffic sources to your site is labelled “Direct Traffic”, or if you’re an Adobe Analytics user, it’s called “Typed/Bookmarked”; but however you refer to it, you may be wondering what is this curious creature?

Is it a good thing? How can you influence it?

The name can certainly be misleading, because sometimes, direct traffic isn’t as direct as you might think, so we’ll go over some of the basics to help you get started.

What exactly is considered direct traffic?

Whenever the analytics doesn’t see a referrer string -- meaning it has no idea where the user was previously or how they got to your site -- that visit gets placed in the direct traffic bucket.

While typically this means that they’ve typed your site into the browser or clicked on a browser bookmark link, that’s not always the case.

It’s also possible that they’ve clicked a link in a mobile app, and that app hasn’t set the referrer value. Also, clicks on links from within PDFs, Word documents, or slide decks won’t pass a referrer, so they’ll show as direct traffic in Google Analytics. So, for instance, if you’re a company that has a lot of online instruction manuals with links to other parts of your site, this could be a source of traffic without referral data, deemed as direct traffic.

Additionally, if your site is one that’s shared regularly on social media, different social networks, or in private messaging apps, like Messenger or WhatsApp, that’s another potential source of direct traffic because a referrer is most likely not passed along to your analytics when a user clicks through.

It’s also possible that some of your direct traffic could be coming from your sales or customer service staff. If they’re demoing your site, or working to resolve customer issues, then they’ll most likely be directly typing in your site’s URL, therefore counting as a direct visit in your analytics tracking.

One way to correct for some of this is to block your internal IP address in your web analytics program so it doesn’t register.

It’s also a distinct possibility that the referrer is being set, but your site is stripping it out and throwing it away. And, rightfully so, you may be wondering how could that happen.

Well let’s assume that your site is secure - meaning your domain name starts with https://, as preferred by Google - but somewhere there’s a link to your older, non-secure site (http://); in that case, it’s possible that the way your IT team has set up the redirects on your site, whereby the user would be automatically sent to the https site correctly, but the referrer value would not be correctly passed through - thus incorrectly stating that they’re direct traffic when they’re not.

If your paid search campaign parameters, in this hypothetical situation, were also set up to point to the non-secure version, then those would also be registering as direct traffic, rather than paid, and you’d be left scratching your head as to why there’s such a difference in clicks between what Google Ads (AdWords) and your web analytics tracking is telling you.

Is direct traffic a good thing?

The more people know the name of your website and directly type it in, the better - and the ones that bookmark your site’s homepage or landing page are even better because there’s a greater chance that they’ll become repeat visitors, given that’s an intent signal for them to return at some point.

However, there are instances where direct traffic isn’t good. While Google and Bing have bots to crawl your site, called Googlebot and Bingbot, so that your content can be indexed in their respective search engines - there are also more nefarious bots that can crawl your site for their own purposes, such as scraping your content. These “bad bots” can crawl all or part of your site and, if your analytics doesn’t discount them, as they do with known bots, such as those from Google and Bing, their visits will display as direct traffic.

In order to stop these bots from messing with your amount of direct traffic, you’ll want to block them - and the first step to do that is to place a disallow statement in your robots.txt file - something along the lines of:

However, not all bad bots will obey the robots.txt though, so you may need to block them on an IP level, or implement a 3rd party bot blocking solution on your site.

How can you influence direct traffic?

Once you’ve cleared out all of the traffic that shouldn’t be considered direct traffic - including traffic where the referrer has been erroneously stripped or bot traffic - then you’ll have an actual baseline number for clean direct traffic to work with.

From there, the primary way to influence direct traffic, in a positive manner, is to run a marketing campaign that focuses specifically on branding. As the name of your company, and ultimately your website, is publicized - more people should directly type in the name of your site, thus increasing your direct traffic. One way to tell if this is working is you should also see a commensurate increase in organic traffic, as more people will perform an organic search on the brand terms, without the dot com part of the url. And, in turn, this means that direct traffic is one way to measure the effectiveness of your branding campaigns.

Even though digging into your direct traffic numbers can be somewhat of a tedious process, similar to hunting for a piece of hay in a stack of needles, understanding exactly where your traffic is coming from is important. Taking the time to parse through the data gives you useful insights into how your brand is performing and how easy it is for consumers to recall it specifically -- and at the end of the day, isn’t that the most impactful metric of all? 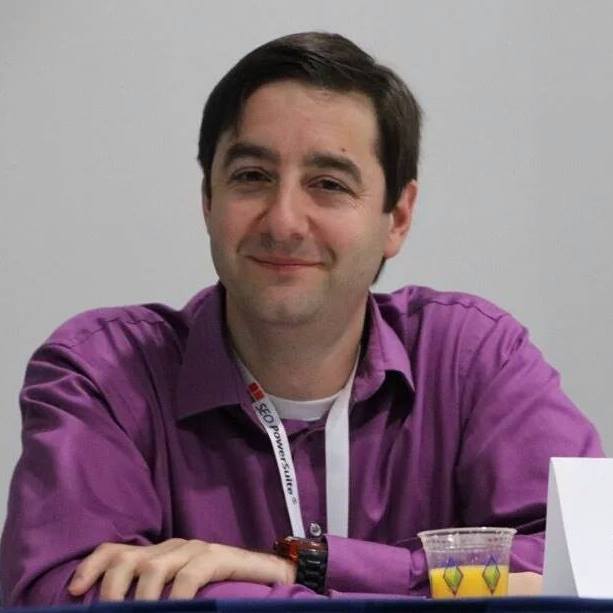 Simon Heseltine is the VP of Audience Growth at Trader Interactive in Norfolk, VA. His team is responsible for all traffic channels for industry leading sites such as Cycle Trader and Commercial Truck Trader. Simon taught digital marketing for 5 years at Georgetown University, and was on the board of SEMPO for 4 years. He is a frequent speaker, trainer, and moderator at conferences around the world on a variety of online marketing topics.